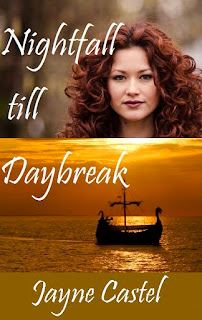 The next book in the Kingdom of the East Angles series, Nightfall till Daybreak, will be available on Amazon Kindle on 7 June 2013. This novel takes place four years after Dark Under the Cover of Night (Book #1), but can be read as a standalone.

During the research of this novel, I discovered the following fascinating facts about Anglo-Saxon England.

Did you know that...

Nightfall till Daybreak is a tale of duty, love and courage in a world dominated by war.

Find out more on about the story here.