Guest post: The inspiration for Between Two Fires - Mark Noce

As promised, here is the first of a series of guest posts from other authors who write in 'dark ages' or Anglo-Saxon Britain. What inspires their stories?

First up is Mark Noce, whose historical novel, Between Two Fires is just six months away from being released. I'm really looking forward to reading this novel - and I must admit I have serious 'cover-envy'!

Over to you, Mark! 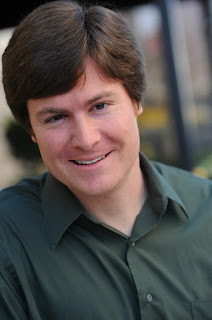 The Inspiration for Between Two Fires


Thanks, Jayne for having me here! Jayne and I were talking books the other day, especially about her new release of Darkest before Dawn and my upcoming release of Between Two Fires in August, and she put the question to me: What actually inspired your book? That’s of course an easy and a complex question all at once.

The short of it is, my wife is my muse and inspiration. We talk books all the time, read books every night, and we pretty much live inside books. She certainly feeds all my reading and writing habits. In short, I write stories she likes. So if you like my work, you have my wife to thank for it, because she’s always my primary audience.

I also love writing about “dark ages,” and that’s part of what drew me to writing a novel set in early medieval Wales. Any era where much of the written and archaeological record has been lost fascinates me, because we know there were humans living at the time, going about their lives with all the hopes, loves, and fears we all share, yet we’ve no idea for certain what actually happened. That’s where a fiction writer can help to creatively fill in the gaps that history has left behind.

So what’s my book all about? Below is a blurb about Between Two Fires, which comes out with St. Martin’s Press (Macmillan) on August 23rd. I sincerely hope you enjoy it! You can find it on Amazon, Barnes & Noble, and you can add it on Goodreads!

Thanks again, Jayne for having me! 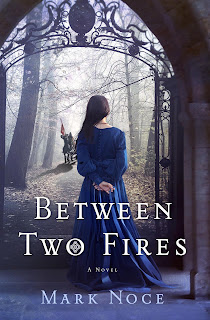 But this fledgling alliance is fraught with enemies from within and without as Branwen herself becomes the target of assassinations and courtly intrigue. A young woman in a world of fierce warriors, she seeks to assert her own authority and preserve Wales against the barbarians. But when she falls for a young hedge knight named Artagan her world threatens to tear itself apart. Caught between her duty to her people and her love of a man she cannot have, Branwen must choose whether to preserve her royal marriage or to follow her heart. Somehow she must save her people and remain true to herself, before Saxon invaders and a mysterious traitor try to destroy her.