Next up on our tour of the Dark Ages is Mary Anne Yarde, whose historical novel, The Du Lac Chronicles: Book #1, has just been released on Amazon.

Mary's novel is set in post-Roman Britain - a tale of love and betrayal. Let's find out what inspired her to write it.

Over to you, Mary! 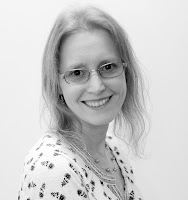 The inspiration behind the Du Lac Chronicles

As a young child I was inspired by the history and the myths that surrounded me. I grew up near Glastonbury - a small town on the beautiful Somerset Levels - in England, which is steeped in history and legends. The stories of King Arthur and his honourable knights were as much a part of my childhood as the medieval buildings that were a stones throw away from my home. I was surrounded by the past…how could I not take an interest in it?

As a child, I was enchanted by the stories of Arthur…the chivalry, the code of honour and, not forgetting, the romance and the courtly love. As an adult, I wanted to see if there was any truth in these stories – an almost impossible task - I soon discovered.

By AD 400, the Romans had left and the natives were left to rule themselves, that much is clear. But researching the Dark Ages is like looking for a needle in a haystack – when you think you are on the right path, something jumps up at you and throws you off-course and make you question everything you thought you knew.  But the era is fascinating and the more I learnt, the more I wanted to know.

I discovered that, for a while, some things stayed the same, such as the trade links the Romans had initiated. However, this was a time of great political change and this change would alter the course of British history, forever.

In my hunt for Arthur, I came across some rather extraordinary warriors. Their exploits have been recorded, no doubt exaggerated, but there was one warrior who stood out to me above the rest. His name was Cerdic of Wessex.

Cerdic was of Saxon heritage and according to The Anglo-Saxon Chronicles, he landed in Hampshire, with his army, at the end of the 5th Century.  From here, he launched a campaign across the southeast of Britain and as far as the Isle of Wight. He was very successful in his bid for power and became the first ever West-Saxon King of Britain in AD 519. Interestingly, the subsequent rulers of England, claim Cerdic as an ancestor.

But here is where it got interesting for me. Cerdic’s exploits and Arthur’s legendary legacy became entwined. Some say their armies once met at Badon Hill…although that is up for speculation. Still, I wanted to explore this possibility some more, and this is where my inspiration for The Du Lac Chronicles came from.

The legend of King Arthur, states that he was mortally wounded at the battle of Camlann. He was taken to Avalon and never heard of again. His knight’s – if they had not already been killed – ended their days in a monastery or became hermits. For me that ending left me feeling deflated. I could not understand why the knights would just give up. It could not end this way. I wanted to explore what happened after Arthur died, further. In particular, I wanted to write about the changing ‘Saxon’ world that these knights now found themselves in. Everything they had ever known, every code they had lived by, was now questionable. It was every man for himself.

The Du Lac Chronicles follows - through the eyes of Lancelot du Lac’s sons - Cerdic of Wessex’s campaign to become High King. The world the du Lac’s had known was to be changed forever by this one man’s determination to enslave the kingdoms under the Saxon yolk. In my story these men, these knights, do not die easily and they certainly do not become hermits! I already had a strong antagonist in Cerdic, a direct comparison to the honourable and chivalrous knights in the House of Du Lac. I wanted to find out what would happen if I brought these two House together. Throw in a forbidden love as well and I hope I have created an enjoyable story. 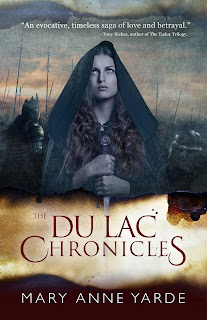 “An evocative, timeless saga of love and betrayal”
Tony Riches, author of The Tudor Trilogy

If all you had left was your heart, would you give it to your enemy?

The powerful Saxon King, Cerdic of Wessex, has spent the last twenty years hunting down Arthur’s noble knights. He is determined to secure his kingdom against any reprisals for killing their legendary leader. The knights who have survived the genocide are destined to spend the rest of their lives in hiding, never revealing who they really are.

The only knight who refused to be intimidated by this Saxon invader was Lancelot du Lac. Lancelot and Cerdic formed a fragile truce, but Lancelot has been dead these past eight years and it has fallen to his sons to protect Briton from the ambitions of the Saxon King.

Alden du Lac, the once king of Cerniw and son of Lancelot, has nothing. Betrayed by Cerdic, Alden’s kingdom lies in rubble, his fort razed to the ground and his brother Merton missing, presumably dead. Cerdic has had Alden tied to a post and ordered his skin to be lashed from his back. In the morning, if Alden is still alive, he is to be executed.

Annis, daughter of King Cerdic of Wessex, has been secretly in love with Alden for what seems like forever. She will not stand by and see him die. She defies father, king, and country to save the man she loves from her father’s dungeons. Alden and Annis flee Wessex together.

To the horror of Alden’s few remaining allies, he has given his heart to the daughter of his enemy. Alden’s allies see Annis, at best, as a bargaining chip to avoid war with her powerful father. At worst, they see a Saxon whore with her claws in a broken, wounded king.

Alden has one hope: When you war with one du Lac, you war with them all. His brother Budic, King of Brittany, could offer the deposed young king sanctuary—but whether he will offer the same courtesy to Annis is far less certain.

Born in Bath, England, Mary Anne Yarde grew up in the southwest of England, surrounded and influenced by centuries of history and mythology. Glastonbury—the fabled Isle of Avalon—was a mere fifteen-minute drive from her home, and tales of King Arthur and his knights were part of her childhood.

At nineteen, Yarde married her childhood sweetheart and began a bachelor of arts in history at Cardiff University, only to have her studies interrupted by the arrival of her first child. She would later return to higher education, studying equine science at Warwickshire College. Horses and history remain two of her major passions.

Yarde keeps busy raising four children and helping run a successful family business. She has many skills but has never mastered cooking—so if you ever drop by, she (and her family) would appreciate some tasty treats or a meal out!