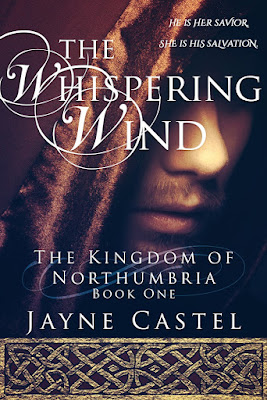 I have been 'rebranding' my historical romance covers in an effort to make them more atmospheric, moody and sensual.

The Kingdom Mercia has been redone, and I've just sent The Kingdom of the East Angles off to the designer as well.

Here's the new cover for THE WHISPERING WIND - the first book in my new series: The Kingdom of Northumbria. It's just back from the designer - what do you think?

THE WHISPERING WIND
Book #1: The Kingdom of Northumbria
(Due for release in early 2017)

He is her savior.
She is his salvation.

The day Leofric finds a young woman washed up on a windswept shore his life changes forever.

A monk upon the island of Lindisfarne, Leofric is living in exile after shaming his family. The girl he saves is Aelfwyn. Once handmaid to a queen, she is now fleeing from a cruel king.

Thrown together by circumstance, Aelfwyn and Leofric escape the north and begin again—only neither is prepared for the bond that builds between them. He helps her heal, while she gives him a chance at redemption.

All too soon, the outside world puts their fragile happiness together at risk. Eventually, they understand that in order to escape their past, they must face it.

Would you like the chance to read THE WHISPERING WIND before anyone else?

Here's how it works. During the pre-launch period (early in 2017), I'll email you out a free e-book of THE WHISPERING WIND via Book Funnel—all I ask in return is an honest review on either Amazon or Goodreads (or both!).

Just email me at contact@jaynecastel.com to be added to the list - and write the following into the subject line: REVIEW CREW: HISTORICAL

Posted by Jayne Castel at 16:00 No comments:

Update on THE WHISPERING WIND 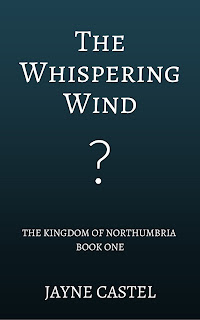 I'm well into the first draft of  THE WHISPERING WIND (Book #1 The Kingdom of Northumbria) now - around 60% through. The novel is steaming along and I'm really excited about it.

The new cover is at the designer so I will be able to reveal it soon!

THE WHISPERING WIND is the tale of Aelfwyn and Leofric. She's a handmaid to a queen and he's the disgraced son of an ealdorman. Their paths cross on a windswept beach and are then entwined.

He is her savior
She is his salvation

Here's how I envision Aelfwyn.

Here's how I see Leofric.

The story brings two very different characters together - a selfish young man and a sheltered young woman who are ultimately meant for each other. This romance is about the redemptive power of love. It can heal us, strengthen us - and redeem us.

More details on THE WHISPERING WIND coming soon - including details about the novel's various locations: Bamburgh, Lindisfarne, Whitby, Lincoln and York (which all had very different names in Anglo-Saxon times).

99 Romances for 99 Cents - November only

During November, Amazon is promoting DAWN OF WOLVES on its 99 Romances for 99 Cents. Click on the banner below to get yourself a copy of this Kindle Scout winner! 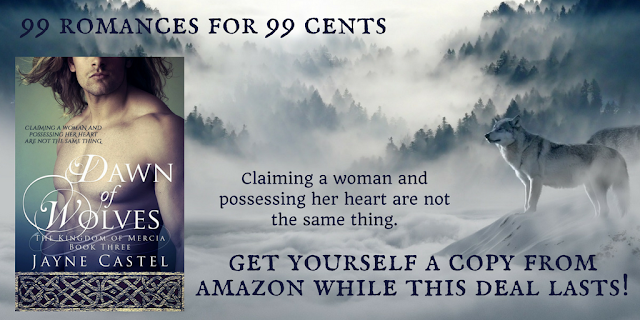 Posted by Jayne Castel at 01:43 No comments: