Fate is everything - how the Anglo-Saxons saw the world

The Anglo-Saxons had a fatalistic view of the world. To them, it was fate - or wyrd - that dictated who would live, and who would die.

This was a world dominated by blood feuds and battles. Read any of the literature of the time, The Wanderer or Beowulf, and you will notice just how dominant the role of fate is - the message is clear: whatever your doom is, you can't escape it.

As the famous quote from The Wanderer states: "Wyrd bið ful aræd" - Fate is everything.

Death was something all people of the time were used to - although that doesn't mean they didn't grieve for their departed. They sang laments for the dead and created stories about them, preserving their memories for years to come. Usually, only the high-born were buried as most folk of the time were cremated. The Anglo-Saxon burial mounds that have been excavated have uncovered a wealth of treasures. The nobility of this era were buried with the items that were the most precious to them in life. 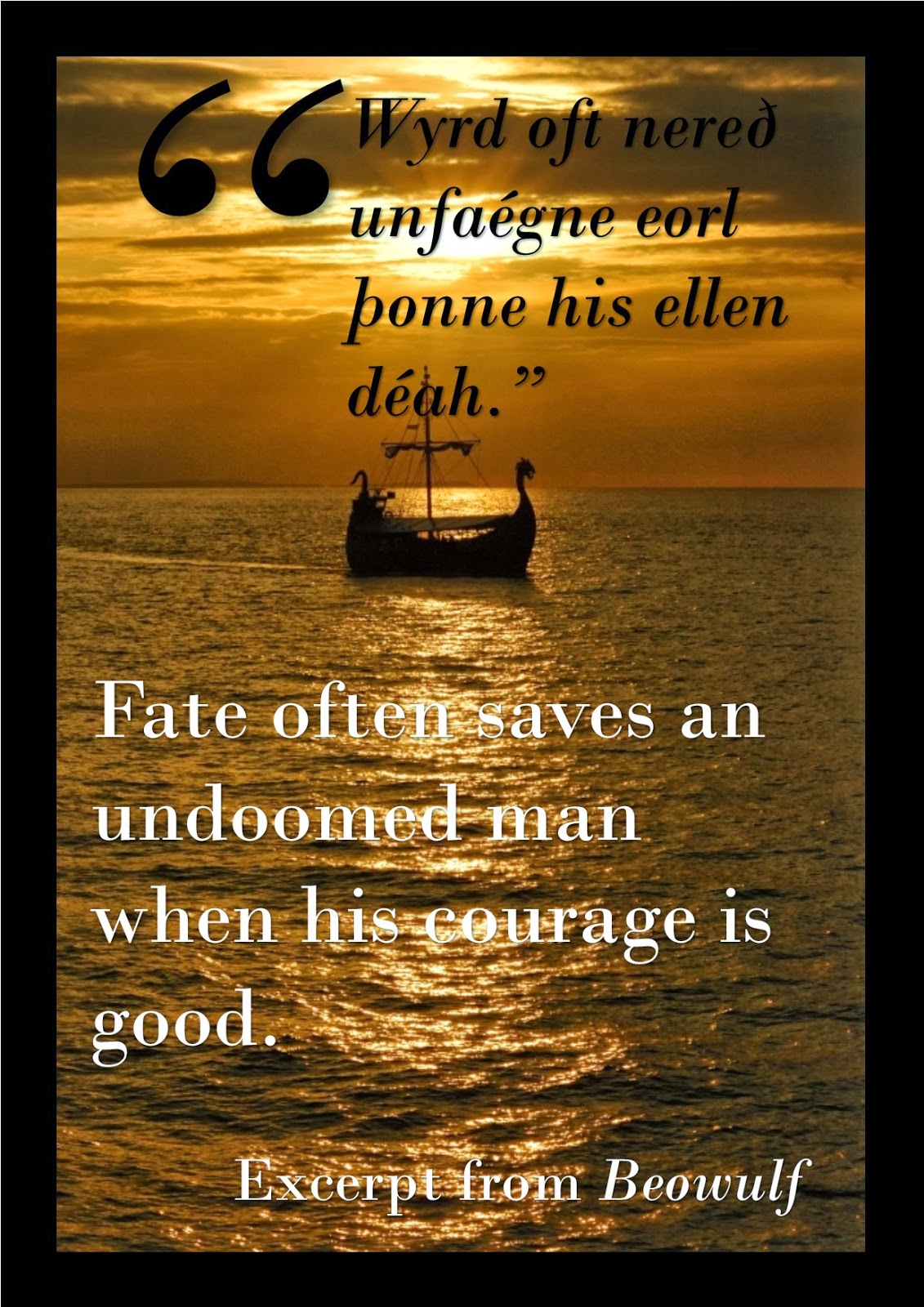 You can never write a story in isolation. Setting a novel in a world dominated by the idea that we have no control over our destinies, provides an interesting challenge. The age we live in now is one of self-determinism and independence; an age where most women are relatively free to pursue their lives as they wish. The trick when writing a historical romance set in the era, is to keep the story as true to the time as possible, without alienating a modern audience - a delicate balance indeed!

If wyrd was fundamental to the way Anglo-Saxons viewed the world then 'courage' came a close second. In fact, the only way a man might be able to 'cheat' fate, was through valor - as this quote from Beowulf hints: "Fate often saves an undoomed man when his courage is good".