After a year of hard work - which also involved moving country and buying a house - my latest historical romance, THE BREAKING DAWN, is now available on Amazon.

THE BREAKING DAWN is the first novel in the Kingdom of Mercia series, following my Kingdom of the East Angles novels: Dark Under the Cover of Night, Nightfall till Daybreak and The Deepening Night. Set in 7th Century Anglo-Saxon England, these novels blend epic romance, adventure and rich historical detail. 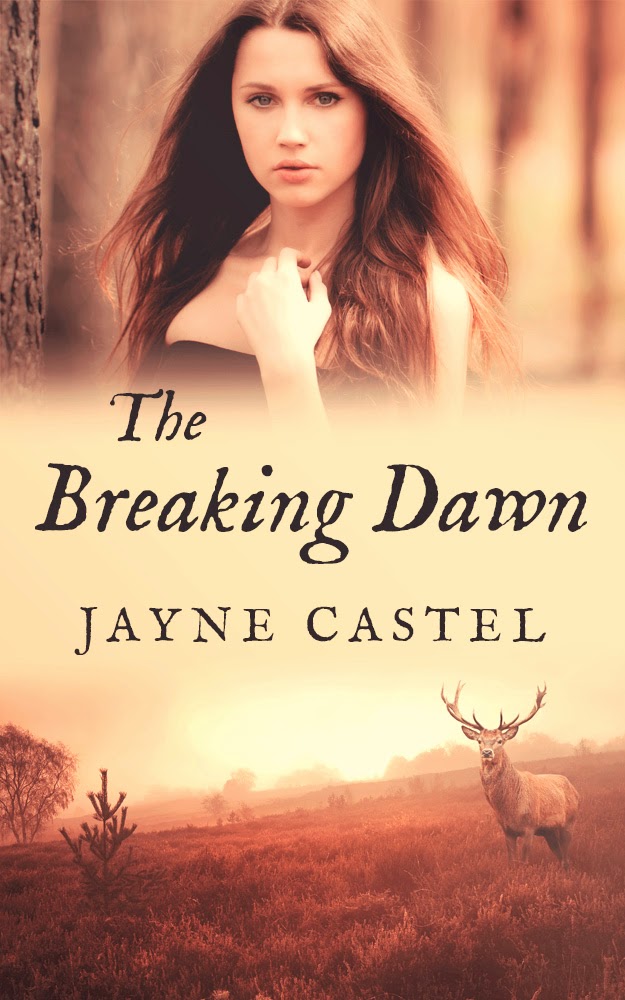 Paperback edition - available now for US$12.99
Buy a paperback copy.

What's the novel about?

You cannot fight fate A Mercian village girl and a Welsh prince. When two worlds collide, an unforgettable love story unfolds. It is the summer of 641 A.D., and the Kingdoms of Mercia and Northumbria are about to do battle. Merwenna of Weyham accepts the hand of a young warrior who is about to march to war. But when her betrothed does not return, she takes matters into her own hands and goes in search of him. Welsh battle lord, Prince Cynddylan, leads a host of warriors to help Mercia fight Northumbria. In doing so, he forms a fragile alliance with one of Britannia’s most ruthless warlords – King Penda of Mercia. In the wake of the Battle of Maes Cogwy, the lives of many will change. Merwenna travels to Tamworth, the seat of the Mercian King, in search of Beorn, her betrothed – only to discover the bitter truth. Cynddylan and Penda return to Tamworth from battle, victorious – but fall out in its aftermath. From the moment Merwenna and Cynddylan meet in the Great Tower of Tamworth, their paths are entwined. In a journey from Tamworth, through the green heart of Mercia, and into the woods and mountains of Wales – Merwenna struggles between grief for the man she has lost, and her powerful attraction to this battle lord who appears to love only power and glory. Cynddylan is also torn. With each passing day, he finds himself increasingly captivated by this courageous young woman. Merwenna makes him question the world, and his place in it. Suddenly, he is not so sure what is worth living, or dying, for. Can two lovers from such different worlds, ever be together?

Read the Prologue for THE BREAKING DAWN - and step back over 1,300 years to Anglo-Saxon England...

Prologue
The Promise
The village of Weyham, Kingdom of Mercia – Britannia
Spring 641 A.D.

Beorn of Weyham struggled to tighten the saddle’s girth. He nudged his shaggy pony in the belly with his knee, until the stubborn beast exhaled. Then he tightened the girth another notch. The last of his preparations dealt with, Beorn turned to the small group of kin and well-wishers who had gathered to see him off.
He had not been looking forward to this. Good-byes were not something he had a lot of experience in. His mother and sisters were all weeping, a sight which upset him. His father, at least, was stoic.
“Serve the king well, my son,” Horace stepped forward and clasped Beorn in a bear-hug. “Make me proud.”
“I will, fæder.”
Behind him, Beorn could hear the other warriors gathering; the low rumble of their voices, the snort of their horses. It was just after dawn. A light frost covered the ground and the lightening sky promised a day of good weather ahead. They stood in Weyham’s common, a stretch of grass in the center of the village. A collection of squat, wattle and daub homes with thatched roofs surrounded them. It was the only home he had ever known, and shortly he would be leaving it – perhaps for a long time.
Beorn stepped back from his father and took a deep breath. He was anxious to be off. Saying goodbye was harder than he had anticipated.
Yet, first, he had to see Merwenna.
She stood a few yards away, patiently waiting. When he turned to her, Merwenna stepped forward to speak to him. Her eyes were red-rimmed, but that did not detract from her loveliness. In her build and coloring, she resembled her winsome mother – small and brown haired with startling blue eyes. However, there was a seriousness to her face that gave her some of her father’s look. One of her most startling features was her beautifully molded, rose-bud mouth.
Beorn had always been captivated by her lips, and her breasts, which were impressively full for such a small female. They gave her a womanly look on an otherwise girlish frame.
“Farewell, my love,” Merwenna spoke, her voice quivering from the effort it was taking her to hold back tears. Despite that she was swathed from neck to shin in a heavy rabbit-skin cloak, he could see she was trembling. Suddenly, Beorn felt as if his heart had lodged in his throat. She was not making this any easier.
Although Beorn was eager to ride south-east to Tamworth and join the king’s fyrd, he was also sorry that he and Merwenna could not be handfasted first. He longed to bed her, to tear the clothes off that delicious body. He could have wed her before leaving, but she deserved better. When he returned to Weyham, victorious, their joining would be all the sweeter. He wanted to make her proud of him; he wanted to come back to Weyham sporting silver and gold arm rings, prizes from the king for his valor. He wanted to be worthy of her.
“Goodbye, sweet Merwenna,” he pulled her against him and hugged her tightly. “Wait for me. I shall return.”
Drawing back from his betrothed, Beorn cupped her face with his hands and stooped to kiss her, not caring that half the village was looking on.
“I must go,” he murmured. “Wait for me, my love.”
“I will,” she whispered back, her eyes huge on her heart-shaped face.

Beorn moved over to his pony and prepared to mount it. He was too big for the beast, but fortunately the pony was sturdy, and it had been the only horse his family could spare. Frankly, he was fortunate to be riding at all – most of the kings’ fyrd would arrive inTamworth on foot.
His mother started wailing then. She broke free from her daughters’ embrace and rushed toward her son. Beorn enfolded her in his arms as she sobbed.
“My boy! Don’t go – I’ll never see you again!”
“Enough, Arwyn!” Horace hauled his wife back. “You’re embarrassing the lad. Control yourself!”
“Farewell, mōder,” Beorn said hoarsely, struggling to hold back tears of his own. He had never seen his mother so upset. “Don’t worry – you will see me again.”
His assurances only made his mother sob even louder. Turning away from his parents, Beorn mounted his pony and quickly adjusted the stirrups. He rode away feeling wretched; his mother’s heart-rending wailing was almost more than he could bear.
It was a relief when he could no longer hear her.
Beorn joined the throng of men leaving Weyham, glad to be finally on his way. His hamlet sat on the heavily wooded western fringes of the Kingdom of Mercia. It was nestled at the end of a long valley, in the shadow of dark hills that rose to meet the sky. Beorn rode through his village, passing the ealdorman’s timbered hall along the way. He listened to the crunch of frozen leaves underfoot, the creaking of leather and jangling of horses’ bridles, and felt his skin prickle with excitement.


A warrior had to be able to say goodbye without shedding tears. He had done well this morning, yet it was nothing compared to what lay ahead. He rode toward battle and glory – toward his future.

Get yourself a copy of THE BREAKING DAWN

Paperback edition - available now for US$12.99
Buy a paperback copy.