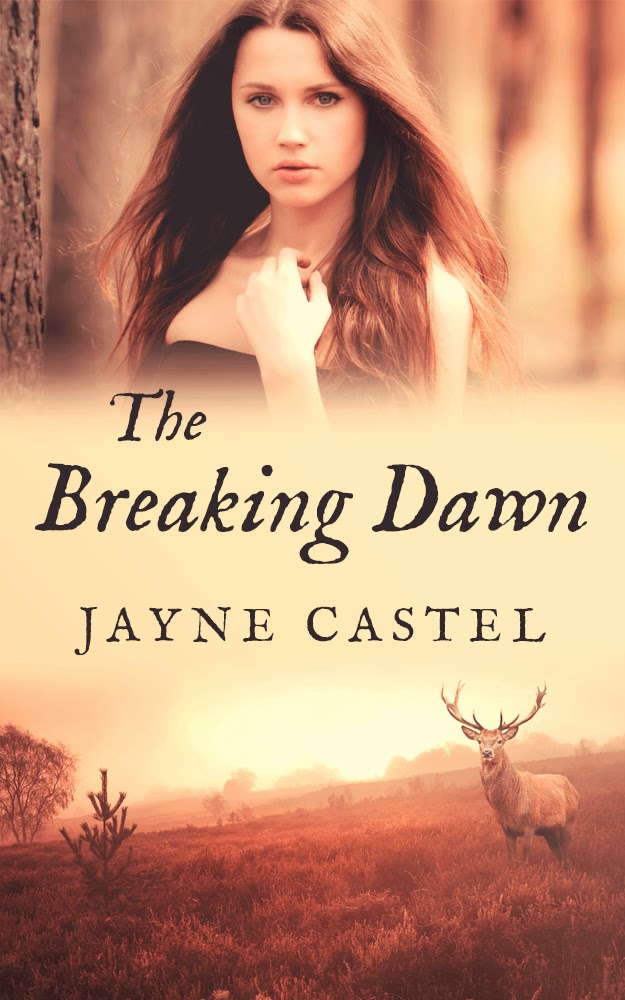 THE BREAKING DAWN has been available for pre-order for the last week - but as of today (10 April), the Kindle edition is live for purchase!

Over the last few days I have had a few giveaways running on Amazon and Goodreads - four paperback copies up for grabs, to celebrate the launch.

If you'd like to know more about the historical romance, and what inspired it, read on below:

Interview with Jayne Castel about THE BREAKING DAWN

1. What inspired you to write the BREAKING DAWN?

Like all of my historical romance novels set in Anglo-Saxon England, THE BREAKING DAWN is based on real historical figures and events. As it's a romance, I keep the focus on the developing love story - however, it's fun to use real events to drive the plot forward.

THE BREAKING DAWN begins with the Battle of Maserfield (Maes Cogwy in Welsh), in the summer of 641 A.D., a famous battle in which the united strength of Mercia and Wales defeated the Kingdom of Northumbria.

The hero of my story, Prince Cynddylan of Powys (Wales), was a real historical figure. 'Dylan' was the catalyst for the entire plot. I really enjoyed bringing him to life, and developing his character. Read about 'Dylan' in another one of my blog posts.

The heroine, Merwenna, was a character I had wanted to write about for a while. I had already introduced her in a previous story; she is born at the end of NIGHT SHADOWS -  the novella that began my Kingdom of the East Angles series.

2. How is THE BREAKING DAWN different from your previous novels?

Each of my novels has a different feel - and I let the developing story dictate the novels unique atmosphere. It's what makes writing so much fun. What makes THE BREAKING DAWN quite different from the other books I've written so far is the 'epic' feel to this novel. The first half of the book is set in the Kingdom of Mercia, and the second half is set in Wales. The characters don't just undertake an emotional journey, but a physical one.

3. How would you describe the love story between this novel's hero and heroine?

Each of my historical romances takes on a difference 'theme'. From 'second chances' and 'forced marriage' to 'forbidden love'. Cynddylan and Merwenna's love story is all about 'different worlds'. He is arrogant and ambitious. She is innocent and grieving the loss of the young man she was supposed to marry. They come from opposing world's and classes. How can a Welsh prince and a young woman from a quiet Mercian village make their love work?

Buy yourself a copy of THE BREAKING DAWN on Amazon!