Work on the next novel begins... 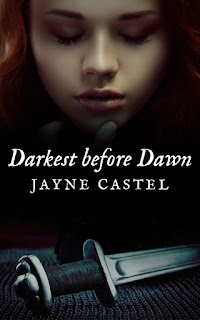 The Breaking Dawn has been available on Amazon for over a month now, so it's time for me to start on the next book in The Kingdom of Mercia series: Darkest before Dawn.

I like to use a common word in the title of each series, which bring all the books together. My first series (The Kingdom of the East Angles), used the word 'night' in each of the four titles - and the first three books of the Mercian series will include the word 'dawn'.

Here's the quote, from Longfellow, which inspired the title of my next novel.


“The nearer the dawn, the darker the night.”

They say truth is stranger than fiction

These novels are set in 7th Century Anglo-Saxon England - and it seems that with each book I write, I draw increasingly closer to real history and further from fantasy. Right from my first novel (Dark Under the Cover of Night), I centered by story around a famous historical figure: King Raedwald of the East Angles. After that, a number of historical events and figures have cropped up in my stories, including King Penda of Mercia - who has appeared in three of my books so far!

So, there have plenty of famous men featuring in my books, but I've not yet based a story around a famous woman.

That's all about to change!

My current novel (set in 655/6 A.D.) focuses on the life of Queen Alchflaed of Mercia.

She was the daughter of Oswiu (King of Bernicia), and sister of Alchfrith (King of Deira). Her father and brother arranged for her to marry King Penda of Mercia's eldest son, Paeda, in order to settle peace between Northumbria and Mercia.

All of the above isn't that remarkable, or story-worthy, but wait. What makes Alchflaed's tale unique is that history blames her for the assassination of her husband, a few months after their marriage.

There is no historical record of what happened to her afterwards.

This blog post gives a detailed overview on Alchflaed's life and the historical records we have about her.

A historical romance is born...

Reading about Alchflaed, I was inspired to base Darkest before Dawn around her.

Alchflaed, a pawn in her father and brother's game, agrees to wed the young Mercian king: Paeda. Her father also instructs her to poison her new husband, as soon as the time is right.

Charged with this dangerous task, she travels south with a Mercian escort. However, along the way she develops a bond with one of her betrothed's most trusted retainers, Maric of Tamworth.

Tough, embittered, but fiercely loyal to his lord, Maric is a seasoned warrior who swore off love after his wife betrayed him years earlier. Initially, he resists the allure of the proud, willful Northumbrian princess - but events on the journey back Tamworth, the seat of the Mercian king, bring them closer than either expects... or wants.

Will the Northumbrians carry out their plot to kill the King of Mercia?

Watch this space for more details on Darkest before Dawn!