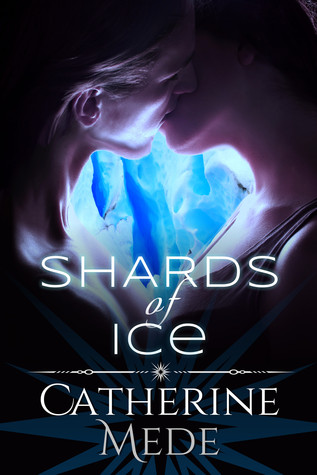 I enjoy reviewing books - but don't post reviews as often as I'd like to. This Sci-Fi Romance was a fun read, and despite some flaws, had a lot to like about it.

This novel certainly has promise.

Here's what I liked about it:

1. A big fan of space opera and love stories set in space, I really enjoyed the setting of Shards of Ice. In many ways, I would have enjoyed more insight into the ice planet where this story takes place.

2. The plot is fast-paced and action-packed, which is a plus for me as I tend to prefer romances which don't just have the developing romance as the primary focus of the story. A gripping story can really amplify the romance, if done right.

3. The cover is gorgeous - one of the best I've seen in a while.

However, there were a couple of things that prevented me from giving this novel a higher rating.

1. The characterisation. Vyvica is certainly a memorable character. She's one arse-kicking lady, and it's good to see a strong female lead. However, her tendency to solve all arguments with her fists - especially towards the hero, put me off her. I lost count of the number of times she punched him in the face! Her character is a little uneven, and her aggression and stubbornness jarred with her insecurity. These are all character traits that could work well together, but they need to be handled more subtly. Kelvaras was a difficult character to get a sense of. Initially, I pictured him as a bit of a Han Solo - a cocky 'gun for hire'. However, he appeared to drift for much of the story and came across as a bit weak next to Vyvica's hostility. Both characters had promise, they just needed to be rounded out more so that the reader has a clear sense of their personal journeys.

2. Lack of emotional connection between hero and heroine. The relationship between Vyvica and Kelvaras lacked depth. This comes from the characters themselves not gelling properly. There's a lot of attraction - although it's all external. When the couple finally get together there isn't any emotional punch.

3. There was a bit too much 'telling' rather than 'showing' throughout the novel. This tends to kill suspense and makes the story one-dimensional. It also stops the reader from drawing their own conclusions and fully engaging their imagination.

The good and the bad said, I read this book quickly over a couple of days, and was keen to know what happened next - a good sign! All the ingredients are there, and if the characters had been developed a bit better, and the developing romance between them made more real, this could have easily been a five-star read!

I look forward to reading more from this author and I get the feeling she's just get started!