New projects on the go!

2016 was a very busy year writing-wise - and it looks as if 2017 is shaping up much the same. Not that I'm complaining. I'm at my happiest when immersed in my stories. 😊

I've currently got three writing projects on the go - two Historical Romances and an Epic Fantasy Romance. I've just begun a new series set in Dark Ages Scotland, and embarked on Book #2 of the Kingdom of Northumbria. My fantasy novel is now being line edited so I'm working on the maps for it. Read on to find out more about each project - and get a sneak peak at the covers - below. 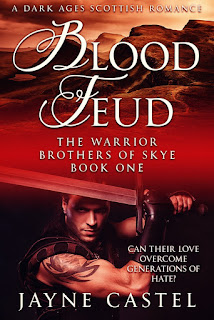 CAN THEIR LOVE OVERCOME GENERATIONS OF HATE?

Far north of Hadrian’s Wall—beyond the shadow of the Roman Empire—the daughter of a Pictish chieftain prepares to wed her enemy.

To forge peace, Tea must marry the leader of a neighboring tribe that killed her father.

Dark, brooding and sexy—Galan isn’t what Tea expects. But, unlike her, he’s determined to end decades of bloodshed between two warring tribes—even if it means sacrificing his own happiness.

Tea isn’t what Galan expects either. A statuesque, embittered beauty, she hates him and his people.

Yet, together, Galan and Tea have the chance to forge a new future—one that will ensure lasting peace—if only they can only let go of the past. 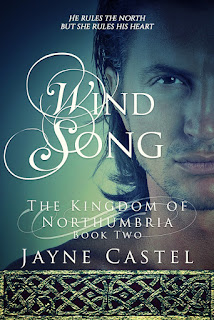 HE RULES THE NORTH
BUT SHE RULES HIS HEART

Hea isn’t like other women. The feisty daughter of a seer, she lives alone in the fort of Bebbanburg and survives by tending the sick and selling herbs and potions. However, she has also inherited her mother’s gift—and when King Ecgfrith requests her skills she can’t refuse him.

Ecgfrith, the ruler of Northumbria, is having trouble with the Picts, the warlike people to the north. He needs a seer’s guidance in dealing with them. The Pictish king, Bridei mac Beli, once fostered at Bebbanburg—but now he’s demanding freedom from his Saxon overlord.

Hea and Bridei have history.

They grew up together and he once saved her from being raped. Hea has longed for him ever since. Eight years later they meet again, and sparks fly. Arrogant and ambitious, Bridei is used to getting what he wants—and Hea discovers he’s the only man she can’t refuse.

Yet he’s a Pict and she’s a Saxon. Bridei will do anything to win back his people’s land from Northumbria, and Hea has sworn her loyalty to a king who treats her more like a daughter than a servant. As the shadow of war looms, it seems any chance they have at love is lost … or is it? 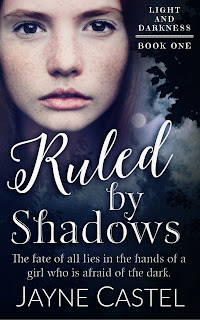 In a land ruled by shadows, the fate of all lies in the hands of a girl who is afraid of the dark.

Lilia is afraid of the shadows, so when her own one starts behaving strangely, she can barely cope—especially when it starts threatening her.

It all starts the day she meets Saul of Anthor. Handsome and darkly mysterious, he leaves a charm-stone in her safekeeping. Only, what appears to be a humble Hag Stone—used by folk to ward off evil spirits—is in reality a powerful talisman. One that a secret brotherhood has spent a thousand years searching for.

Perrin is Lilia’s best friend. He has spent his life avoiding responsibility and hard work—but now he becomes her unlikely ally. When Saul of Anthor reappears, Perrin suspects his motives. Robana, a healer with a mysterious past, also believes Lilia is in danger—although from those far more dangerous than Saul.

The shadows are deepening and an ancient evil risks being unleashed upon the world. Lilia embarks on a journey into danger, discovery and ... love.  But she must face the darkness, and her own fears—or there will be no going home.