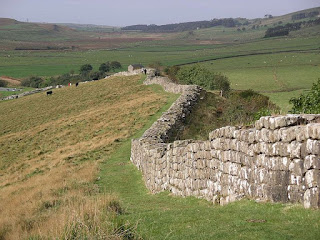 I had a lot of fun researching Book #2 of The Warrior Brothers of Skye. BARBARIAN SLAVE begins at Hadrian's Wall during the 4th Century.

Although my Scottish Historical Romance BARBARIAN SLAVE is set back in the Dark Ages, a time we have only scant records of, the story hinges on a real historical event: the clash between the Picts and the Romans. The Great Conspiracy of 367 AD (also known as the Barbarian Conspiracy) is one of the most dramatic events in Romano-British history.

In the winter of 367 AD, a group of tribes north of the wall (the Picts, the Attacotti and the Scotti—and they may have even have had help from Saxons to the south) banded together and attacked Hadrian’s Wall. At this time, the Roman Empire was in turmoil and the garrison at the wall was weakened, and ready to fall.

At the beginning of the story, we spend some time at the ancient Roman fort (or castrum) of Vindolanda, just south of Hadrian's Wall. Located near the modern village of Bardon Mill, it guarded the Stanegate; the Roman road from the River Tyne to the Solway Firth. The heroine of this story, Lucrezia, is the wife of a high-ranking Roman garrison soldier living in the fort. These days, this fort is noted for the Vindolanda tablets. This is the site of some of the most important finds of military and private correspondence (written on wooden tablets) found anywhere in the Roman Empire.

Here are a few facts about Hadrian’s Wall to give some historical context: 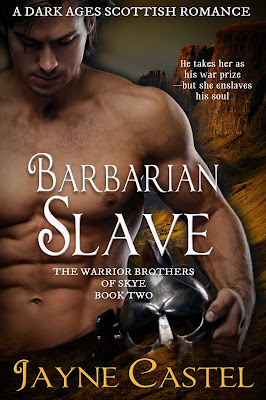