THE ROGUE'S BRIDE is now available on preorder ... and will be released on June 20th!

Book #3 of The Brides of Skye series has been a real journey for me. Get ready for an angsty, complex, and highly emotional story of revenge, redemption—and love.

Some things cannot be forgotten—or forgiven. The widow trying to forge a new life for herself. The man she once spurned bent on revenge.

Caitrin is a widow left to rule her husband’s territory alone. The survivor of a loveless, unhappy marriage, she vows never to let another man control her. Instead, she finds herself in charge of a vast estate.

Alasdair MacDonald returns from war to discover his sister-in-law is chatelaine over his dead brother’s lands—territory that now belongs to him.

Caitrin has haunted Alasdair’s dreams from the moment she spurned him years earlier. He’s never gotten over it, or forgiven her for breaking his heart by choosing his elder brother over him. Now he has a chance for vengeance, to take her young son and her new-found freedom from her. Only he soon discovers that his long dormant feelings for the beautiful widow can’t be so easily set aside. 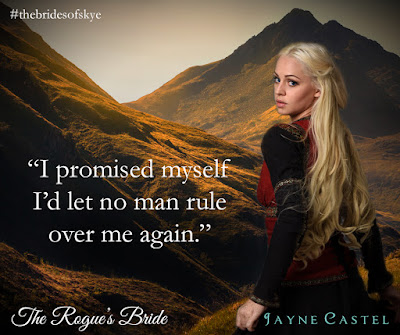