WARRIOR'S HEART is available on preorder!

WARRIOR'S HEART is available on preorder! The release date is January 22, 2019. This new series is the follow-up to my WARRIOR BROTHERS OF SKYE series, set in 4th Century Isle of Skye. We return to the isle twenty years late and follow the lives and loves of Galan, Tarl, and Donnel's offspring.

Love and hate are but different sides of the same blade.
Fina is a fierce Pict warrior of The Eagle tribe upon Dark Ages Isle of Skye. Strong-willed and lethal with a knife or a long-bow, she kneels to no man ... until the day she falls in battle and finds herself captive of the enemy.
Varar mac Urcal is the arrogant, ruthless chieftain of The Boar tribe. Although his father had held the peace with the neighboring tribe, relations have swiftly deteriorated since his death. When Varar takes the only enemy survivor of a violent skirmish prisoner, he intends to use Fina as a weapon to keep his enemies in check. Only, his strong attraction to his fiery captive risks complicating his ambitions.
But the conflict between the two tribes isn't the only threat to peace. When a group of invaders cross from the mainland intent on taking The Winged Isle as their own, the four tribes of the island must make a decision. Do they continue their feuding and risk annihilation, or do they band together against the invaders?
Fina and Varar must also make a choice. Love or hate—they have to decide.

💖 Preorder your copy here, and it will be delivered to your Kindle on Jan 22nd!💖 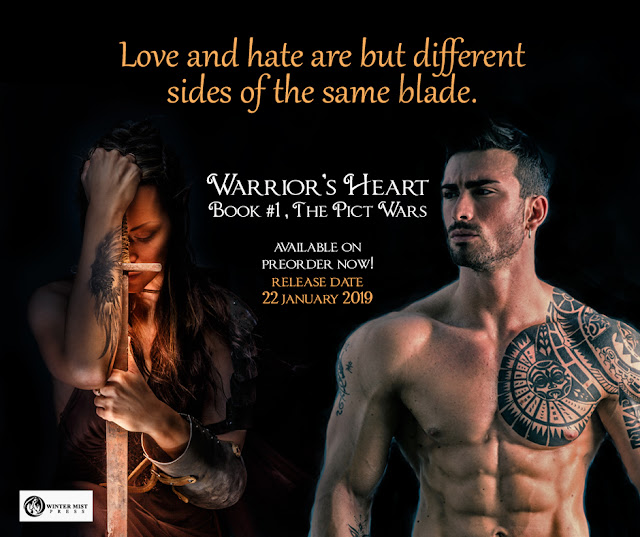